Like any extrapolated report, we need to be aware that the numbers are guidelines, rather than concrete representations of audience, with the results showing significant growth during a two-year COVID stint that changed the world and its habits! 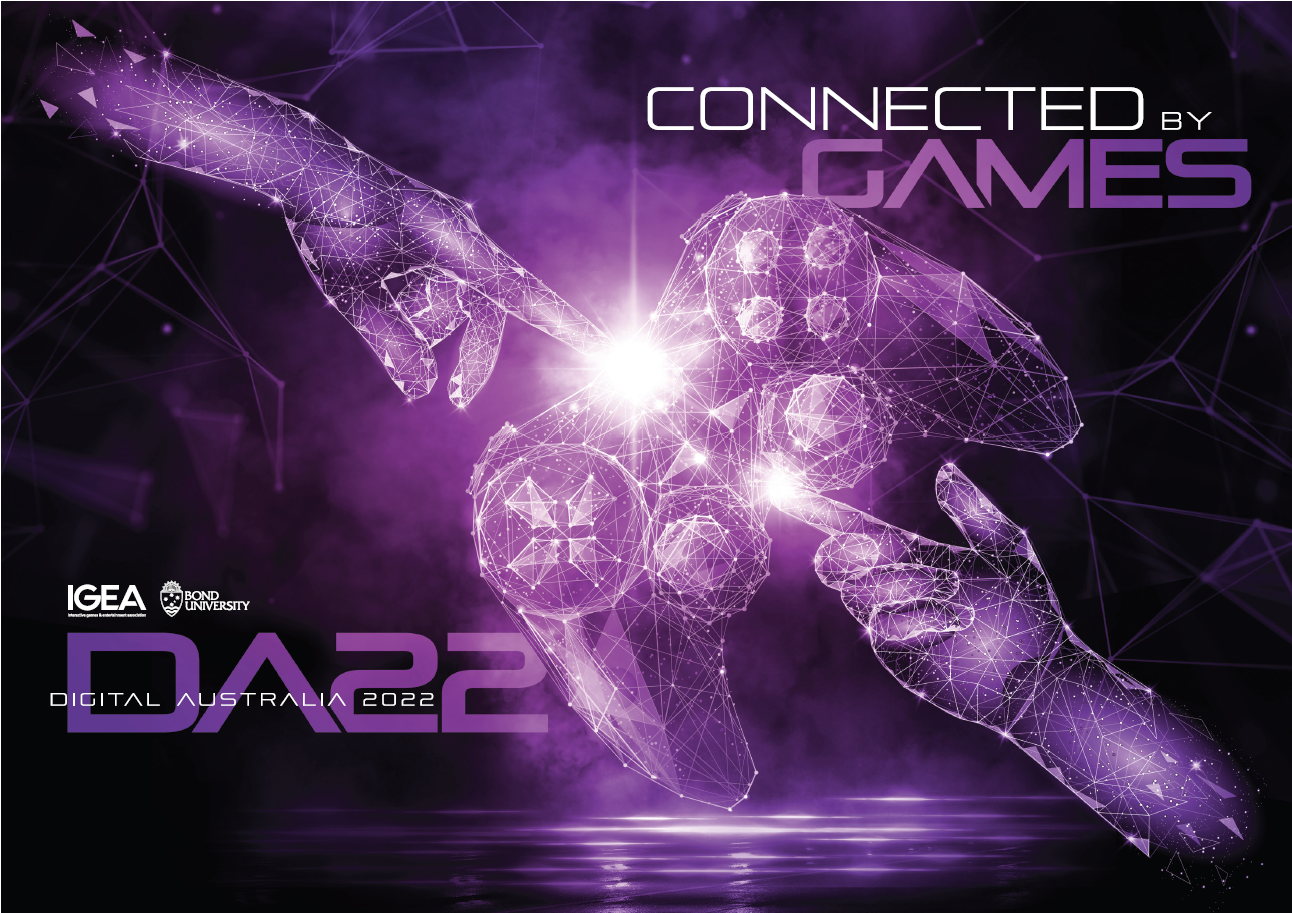 Gaming is A Key Part of Modern Day Culture

The DA22 report shows more than 17m Australians (2/3 of our population) are connected with video games, with females representing 46% of the audience, males recorded at 53% and for the first time, reporting on non-binary players, which make up 1% of the audience. Marketers should particularly pay attention to the gender numbers above, highlighting opportunities to engage the Australian female audience through gaming marketing channels.

The report reminds marketers that gaming is a powerful active medium when compared to passive traditional media forms, delivering engagement with the younger demographics who have high disposable income and are forming their long-term brand relationships, this must be done with a detailed strategy, not in a fragmented approach. 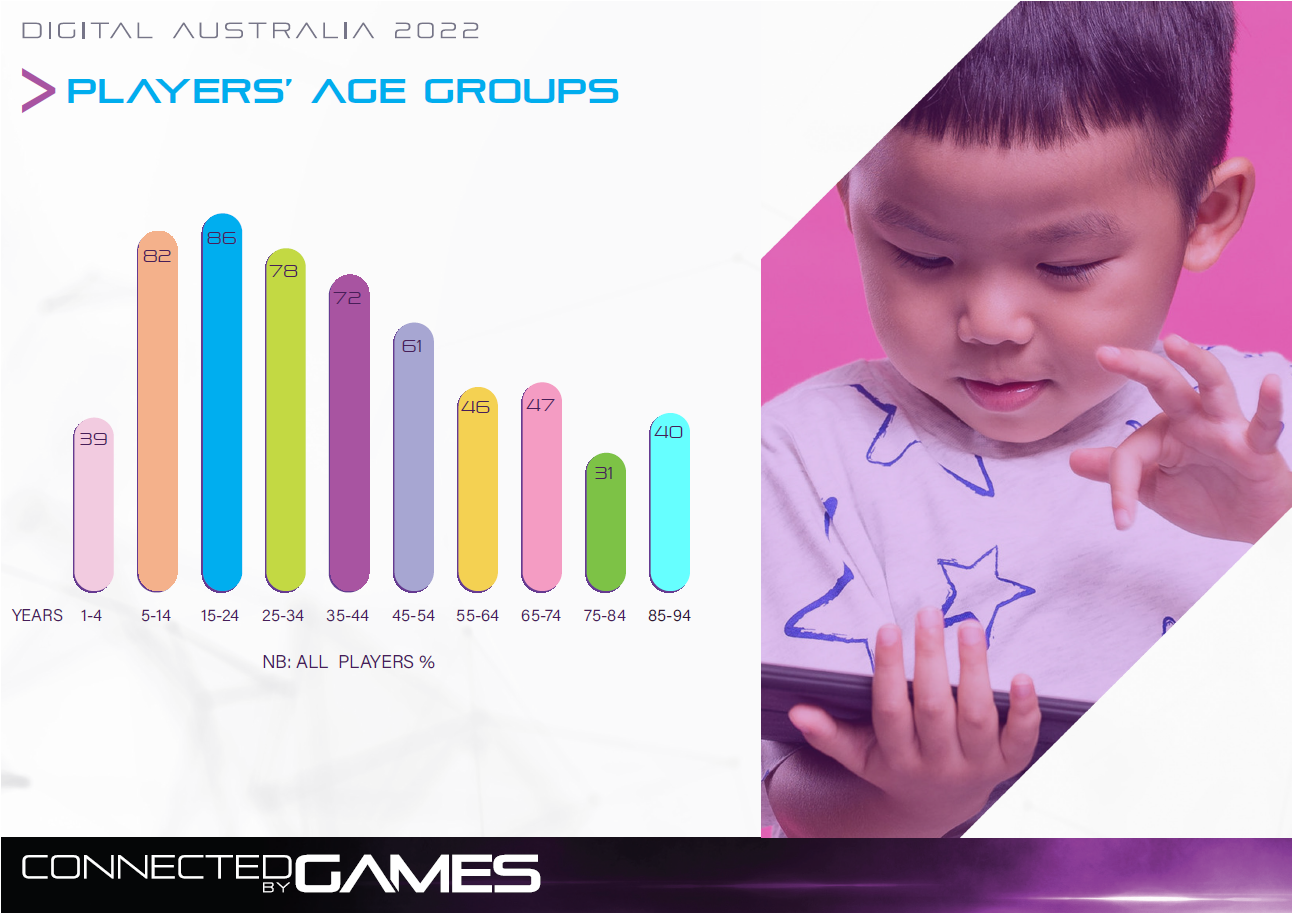 As a generation that has grown up with gaming, we now see a daily average of 83 minutes played by Australians (94 mins for males and 70 mins for females). This highlights gaming key role in the attention economy and the central part if plays in the everyday life of generations of digital natives, although the information shows even retirees are playing 61 minutes per day! 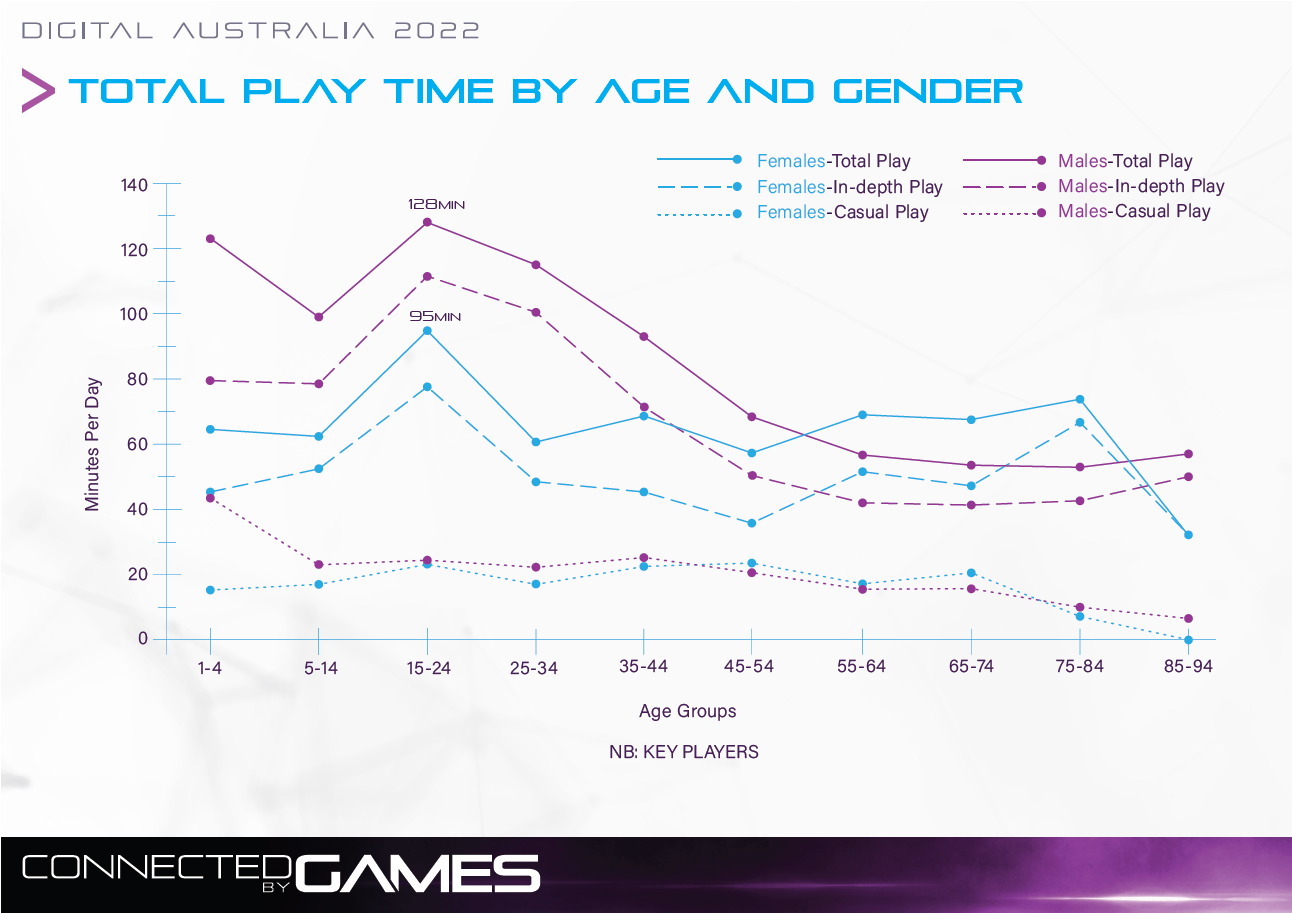 The Rise of Gaming as a Social (and Family) Activity

Unlike the misconceptions, the report shows that more than two thirds of Australians who play video games play in social spaces and only 31% played within bedrooms. Key data points that show the power of gaming to connect people include 75% of adults and children responding they play games socially, 36% reporting they had made a new friend from online gaming and a rise in families gaming together (49% of parents). 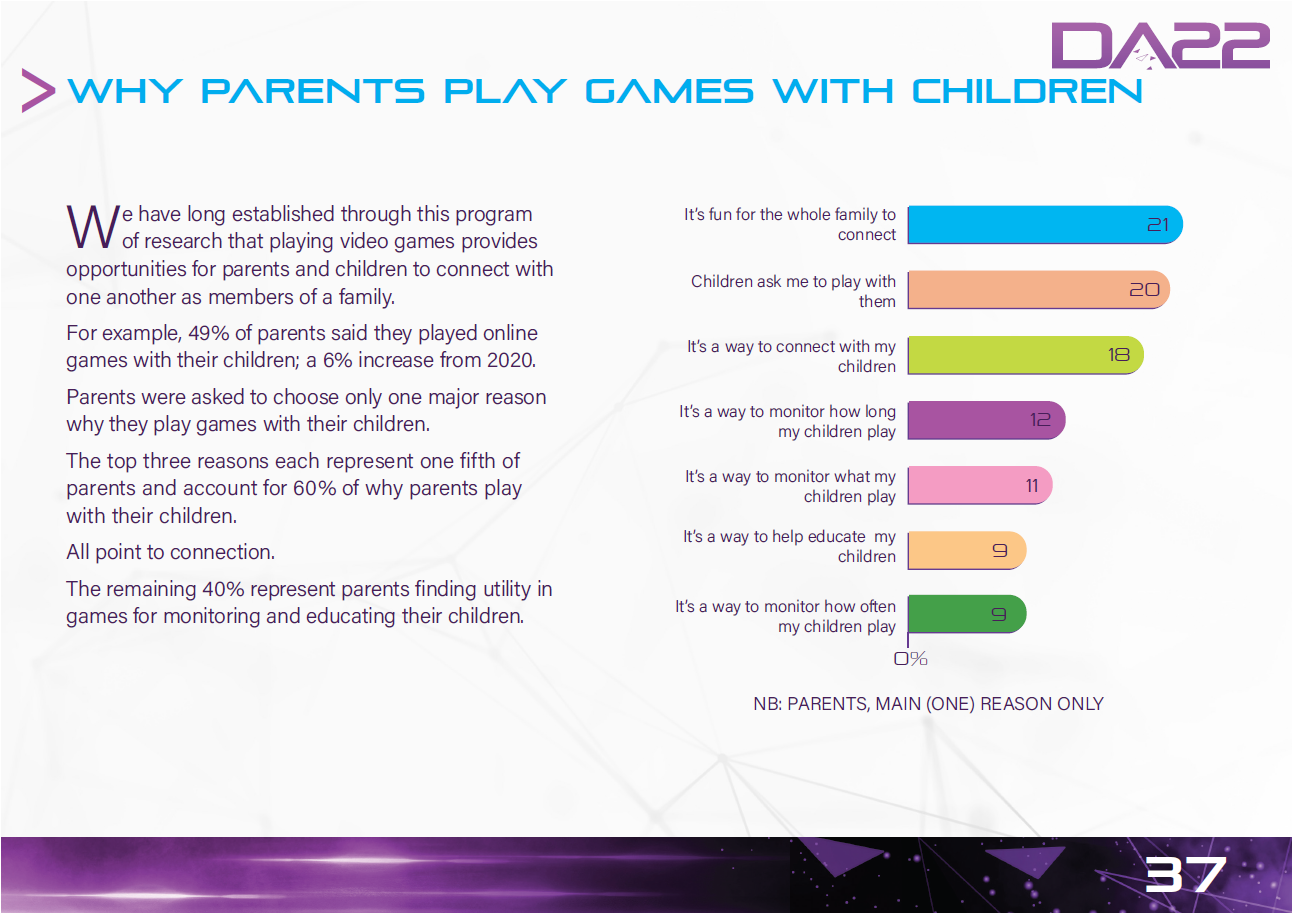 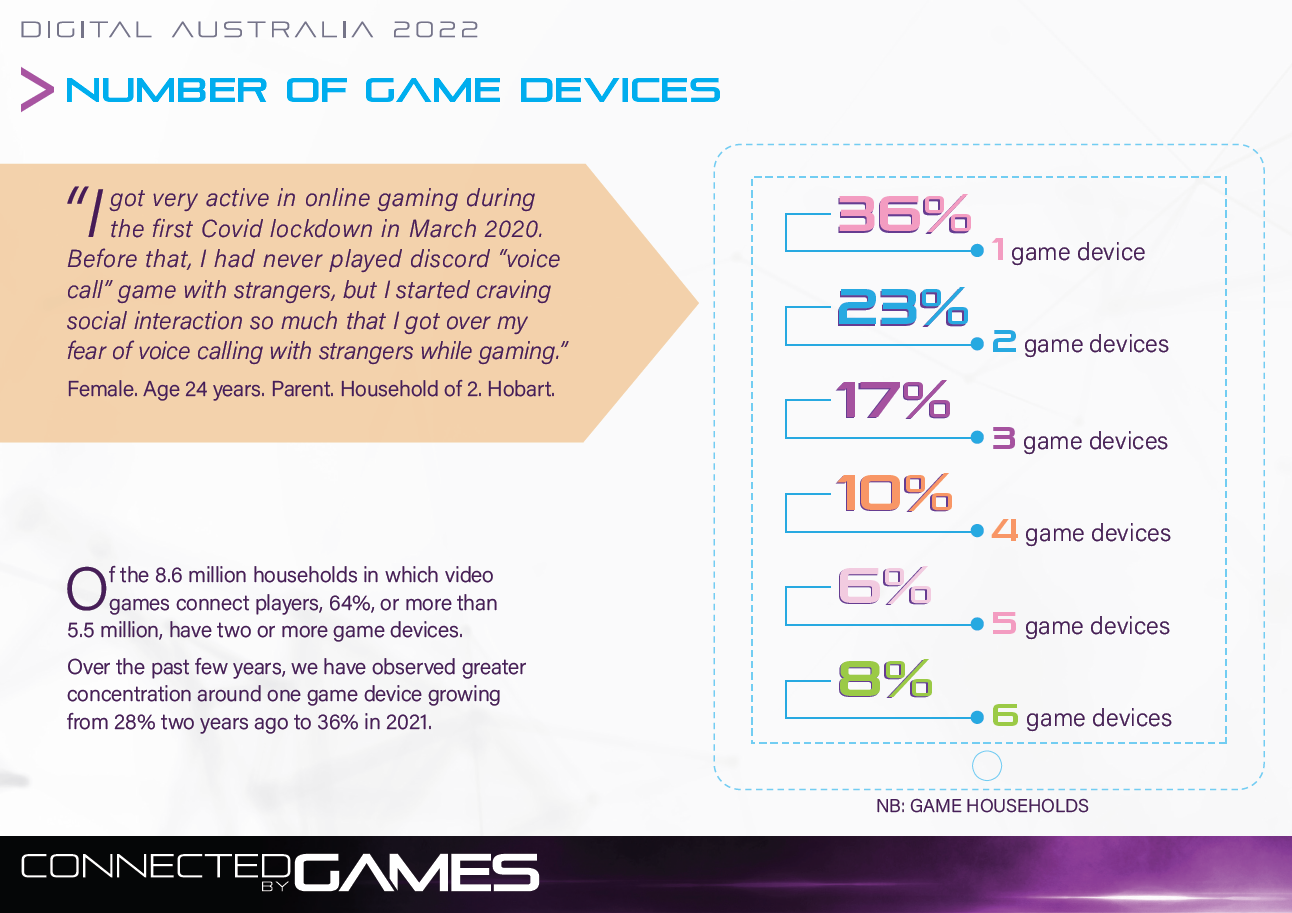 Armed with the knowledge of Gaming Device increase, it is important to consider what gaming devices are being used by the Australian population, given the majority of Australian gamers play casual games at a higher frequency than their involvement in other gaming activities.

Australia has been a console first market for most of our gaming life, which we continue to see with 68% of households that have a gaming device will have console (instead of gaming PC), with the second device likely a mobile (54%) phone used for playing games such as Candy Crush.

With in-game marketing opportunities continuing to rise across Australia, it is a great time for digital planners and media leaders to consider Livewire’s Gaming Ad Marketplace, which has exclusive access to 100m impressions across Australian consoles, mobiles and PC’s each month. 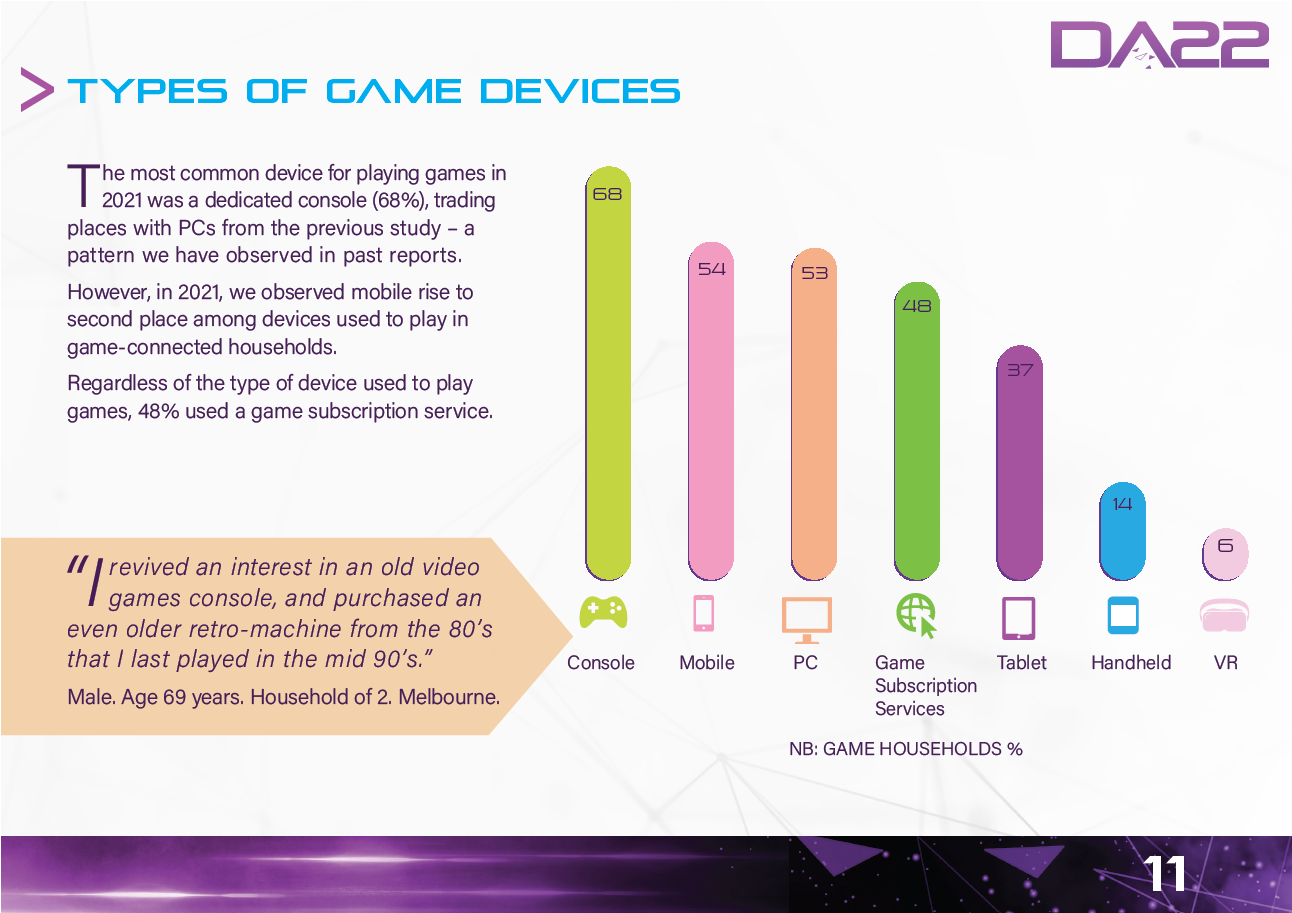 If you are interested in learning how to authentically engage the Australian gaming audience through custom, targeted gaming marketing and gametech, please contact us at hello@livewire.group or livewire.group